Daniel Cormier said what we all were thinking when we heard the news of Jon Jones failing another drug test. Chlorodehydromethyltestosterone/turinabol/tbol is the King Xerxes to Jones’ Leonidas of Sparta.

Little is known about tbol say “scientist” like Jeff Novitzky, well go figure it out. You’re the “scientist”, you’re the guy who’s sole job it is to know about this drug! You’re in charge of health and performance and you should know these things! (He’s the finance guy but we’ll address that at a later date.) You knew that tbol stayed in the system 12-18months but his suspension was lifted and he was still tested, what was the use of even testing him if it wasn’t after 18 months(…money of course). UFC VP of Athlete Health and Performance Jeff Novitzky told MMAjunkie that this is pulsing and that it could be in Jones system forever…so shouldn’t he be banned forever?

Ten, that’s the number of times USADA tested Jon Jones in 2018 Some are reporting that those tests were clean and only his recent one is a result of bullsh…, I mean “pulsing. 10 test; 10. Cormier has tested 16 times this year and been fine. Jones test and one comes back with a picogram as Novitzky and Joe Rogan, Dana White and other dumbasses stick up for the guy saying he didn’t cheat.

Nevada State Athletic Commission:
“After extensive analysis of Mr. Jones’ prior 18 months of USADA in- and out-of-competition anti-doping drug testing results, Director Bennett, Chair Marnell, and Mr. Jones agree that he will appear at an evidentiary hearing in January….”

Well, that’s just perfect, how does that help Alexander Gustafsson? It doesn’t. Now Gustafsson has to fight an extremely confident Jon Jones because no matter what Jones knows nothing bad will come of anything he does, he has nothing to lose because no one will take anything from him. Gustafsson has no chance against a man like that…unless he’s Goku.

If he can’t pass the same test as everyone else then he shouldn’t be able to fight. He should still be banned if he still has it in his system. If a man accidentally kills another man, it’s manslaughter. Whether or not that man serves time in jail or not, the ramifications of his action even if they are accidental, will stay with him for the rest of his life. Jones almost killed someone by the way…

Also, Jon Jones got his sentence drastically reduced; he just so happens to be backed by the “Golden Snitch”, let that sink in. 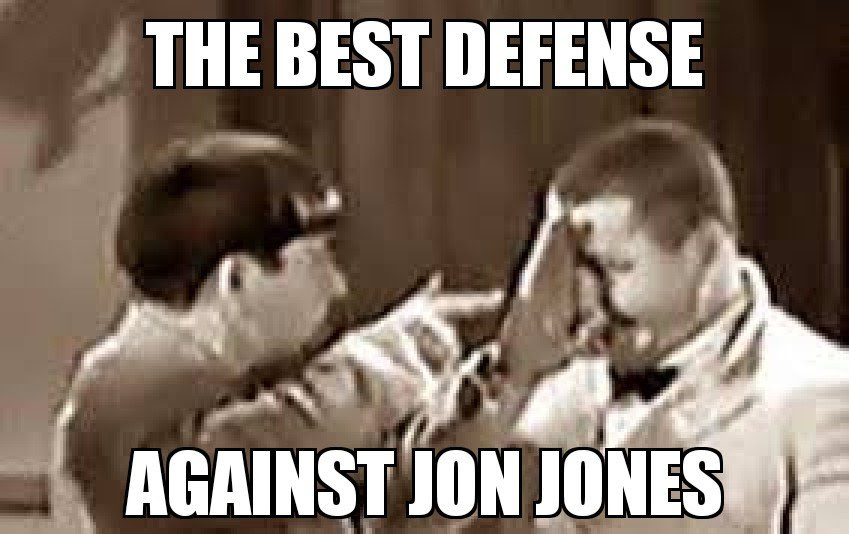 ROUNDTABLE: Was Adesanya vs. Gastelum Fight of the Year? Where does it rank all-time?

VOTE IN OUR LATEST POLLS